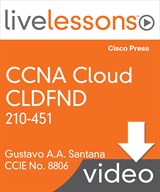 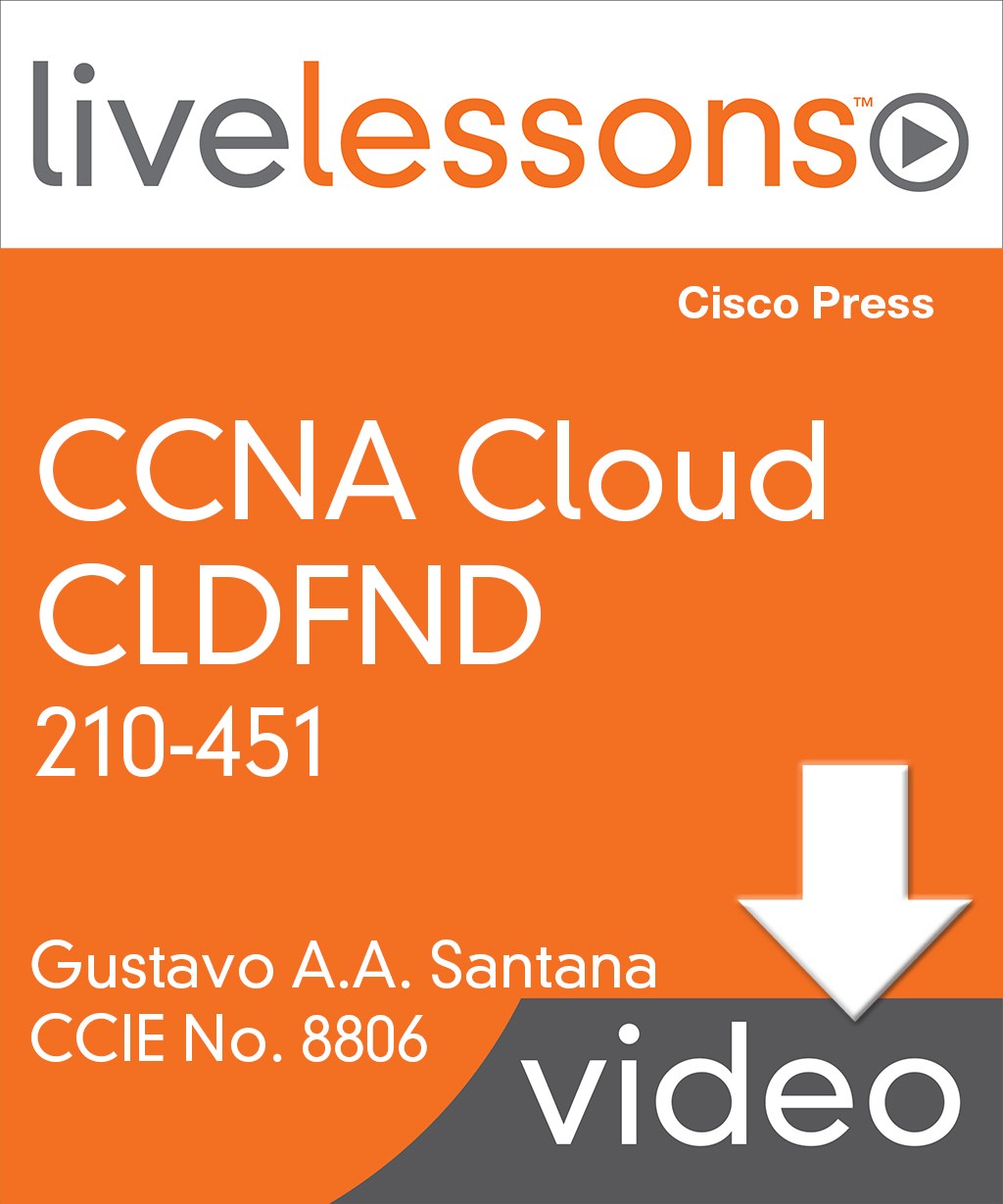 Accessible from your Account page after purchase. Requires the free QuickTime Player software.

Videos can be viewed on: Windows 8, Windows XP, Vista, 7, and all versions of Macintosh OS X including the iPad, and other platforms that support the industry standard h.264 video codec.

This module starts with Lesson 7, "Describe Network Architectures for the Data Center," where you learn how cloud computing has raised serious challenges to data center networks and how during the past few years, several network architectures were developed to assuage them, including Cisco Unified Fabric, software-defined networking, and Cisco Application-Centric Infrastructure. Then Lesson 8, "Describe Infrastructure Virtualization," reviews how server virtualization has brought several changes to how data center networks should behave and scale. Cisco Nexus 1000V is introduced, along with new virtual networking technologies such as virtual network services, Virtual eXtensible LANs (VXLAN), and network containers.

Get unlimited 30-day access to over 30,000 books about UX design, leadership, project management, teams, agile development, analytics, core programming, and so much more.