Are you looking at virtualization to solve your horizontal scaling challenge and reduce capital expenditure? Arvind Durai explores OpenStack, the free and open-source cloud computing platform written in Python.

The CSR 1000V being a software router running IOS XE can find its way into several useful deployments with OpenStack. Let us explore a few here.

CSR as a neutron router

CSR 1000V brings with it feature richness to OpenStack. The role of the neutron router within OpenStack is to network the virtual machines and make them accessible based on the user requirement. CSR 1000V can be used to deliver Neutron's L3 routing service API. When working within OpenStack, CSR 1000V will be managed by Nova. The entire life cycle of the CSR virtual machine is managed by a layer 3 services plugin using Nova. This service plugin will configure the CSR virtual machine to make sure the Neutron service is available through API using this service VM.

CSR as a tenant router

You can bring up a CSR as a tenant VM and network your tenant within OpenStack. The CSR will be spawned inside of OpenStack like any tenant virtual machine. This way you can use the feature that come with the CSR for the Virtual machines attached to the CSR on the same network. Based on your requirement, the CSR is used inside of the tenant network. Following are some examples. 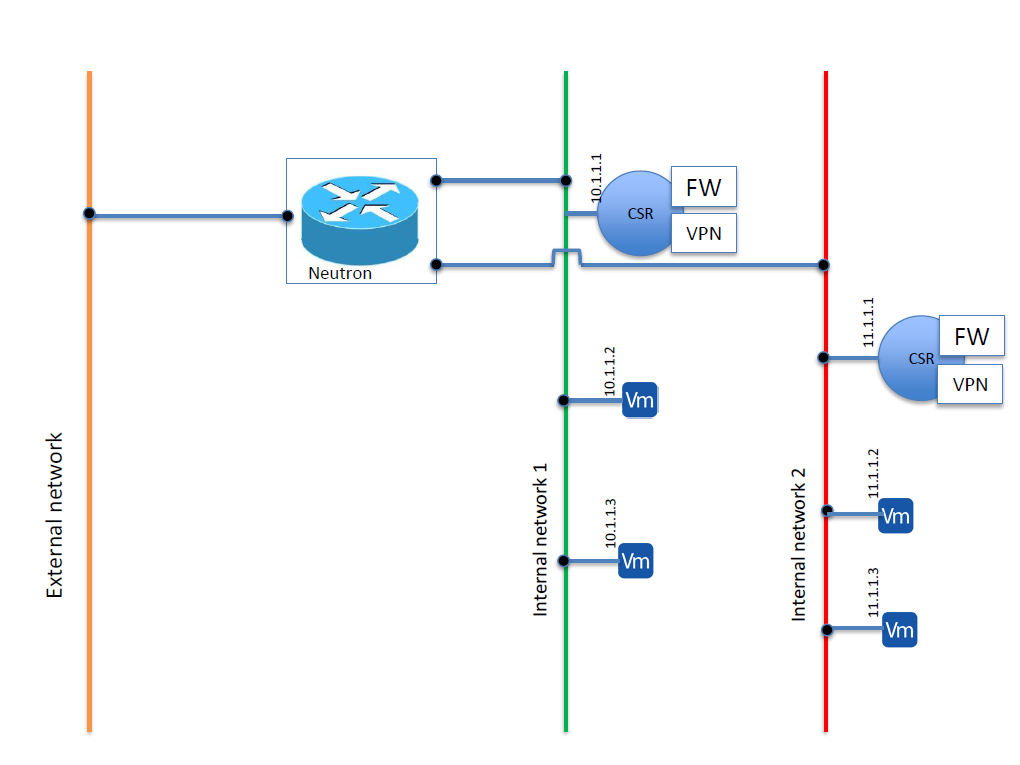 In the picture above, a CSR is spawned as a tenant VM in each of the internal networks-1 and 2. In each network, the CSR is being used as a firewall or VPN head-end. VM-A and VM-B use the CSR-Net-1 and CSR-Net-2 respectively. This model gives you tremendous control on the firewall and VPN policies you wish to impose on your networks. 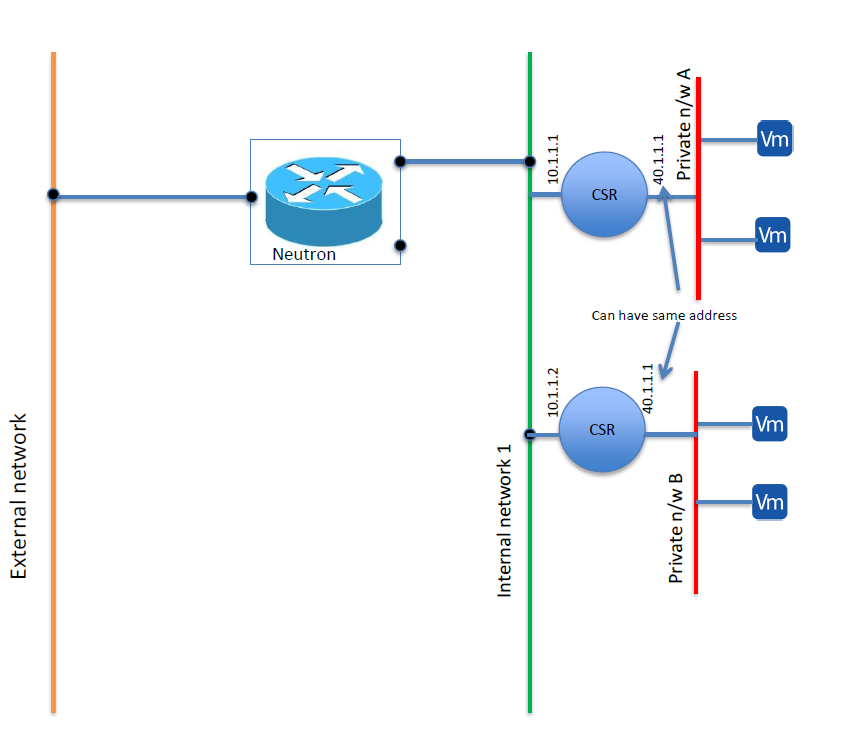 Most enterprises and service providers are looking at virtualization to solve their horizontal scaling challenge and to reduce capital expenditure. OpenStack provides network operators a platform to automate their cloud infrastructure and provide a low cost method to scale horizontally. OpenStack provides the framework for automating network function elements, while CSR 1000V running Cisco's enterprise hardened IOS XE, brings a rich network functionality feature set. OpenStack with the CSR 1000V is a winner!